Did you ever think the bay area could pull of the first Producer Conference? Shiiiieit, I was patiently waiting. There was A LOT of Bay Area artist that came through. AND, if you were a producer and not there? THEN, I probably have a few more essential numbers than you. BUT, if you wanna send beats to BUN B / Rapalot, then send'em to submit2rapalot@gmail.com 60 at a time. I know @Cozmo did. AND it took 2 months for BUN to pick one. Which, proves that consistency will prevail. AND he just placed A BEAT with BUN B and his stock just went up. Also, if you want to send beats to 50 cent and GUNIT, then get at GUNIT's A&R Dre McKenzie who doesn't mind listening to beats everyday. (keyword: Dre McKenzie)

Thank you to the judges Michael Denten, Cozmo and Rick Rock for showing me love and giving me great feedback.

So, now the matter at hand. This is how I did at the battle:


Sitting in that room for 6hrs soaking up game and waiting to battle made me realize how easy it is to place music. AND its not thru battling, but relationships. Also, there's so many producers/artists locally, that it's no longer who you know, but who knows you that counts. Network = Net-worth.

Email ThisBlogThis!Share to TwitterShare to FacebookShare to Pinterest
Labels: DEX TV, MY BEATS AND PLACEMENTS

Big night for me Saturday at the Bay Area's first producers conference. I qualified for the beat battle bwuaay!! My first battle, DAMN that's nerve racking. 8 finalists have been chosen out of hundreds of applicants. The first part of the battle is a showcase and judged by Traxxamillion, Rick Rock, Cozmo, Gennessee etc. for points. The 4 with the most points based on originality, quality, marketability, and overall potential with move onto the next round, which is HEAD TO HEAD. The winner is based on crowd noise. Wish me luck!! Pray for me. :)

If you'd like to come support, you can still buy tickets for $45 online. I know it's pricey but it would mean a lot to me to see you there. BUY TICKETS HERE!
Tweet
Posted by Dex Beats at 2:53 PM 0 comments

"Orchestration" by REL from Distortion 2 Static

The first time I met REL was at the former Social Club, now Poleng Lounge in San Francisco. He was doing an interview on Elemnop for the show. BUT Rel, believes we've bumped heads before in Vallejo, but I don't recall. OR was it, he knew people who were hatin' on my crew?! Whatever it was, it's now behind us and who really gives a fuck!!

Here is a snippet of his debut instrumental album. The kicks are DIRRRRTAAY! It's like Dilla's ghost sprinkled something in your blunt to come wit it like this. Also, look out for the release on ThatsThatLabel.com Enjoy!

This is crraazzy. I've seen videos of girls dancing to songs like, "Stanky Leg", "Walk it Out", "Soulja Boy" etc. BUT to a song I produced!? Now, that's something worth blogging bout!

Whoever you are. You are appreciated. AND CLEAN YOUR ROOM!!

Email ThisBlogThis!Share to TwitterShare to FacebookShare to Pinterest
Labels: MY BEATS AND PLACEMENTS 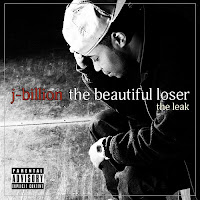 DOWNLOAD "THE LEAK"
This is JBillion's pre-album what have you. These are a few of 100s of songs that will not make the cut on to his debut album "Beautiful Loser" scheduled to release Aug. 4th!! Exciting.

JBillion became a real close friend to me after a year of studio time and just being able to relate about music and being the independent artists we are, we click. The guy is talented and up to par with steez. Lol. I introduce to you, AGAIN, the last honest rapper; J BILLION.

This episode of JBillion TV is jokes: SKUBA is what I call a versatile rapper with that grimey voice. AND what I mean by versatile, I mean fast, slow, double time, autotune etc. He gave me the opportunity to bless his mixtape hosted by Slim of 112 with a Dex Beat! He's coming out with his debut album entitled "DayDreamers" coming real soon, so look out for that. Shout out, to JMoe and the rest of the Ivy Leegue!

Email ThisBlogThis!Share to TwitterShare to FacebookShare to Pinterest
Labels: BAY AREA CULTURE, MY BEATS AND PLACEMENTS

I was wondering what the hell happened to Rakim after leaving AfterMath. It's been a long time!! Here's is hopefully the first single off his upcoming album "The 7th Seal".

The Grind is a Terrible Thing to Waste 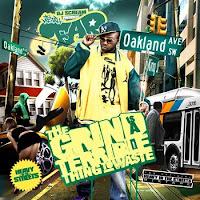 This is a dope Mixtape. Not only cause I produced the track entitled "Don't Know My Pain", but because it's not your ordinary Fabby. I always knew FAB could spit on some real shit. Like every rapper there is a no gimmicky side to their delivery and content. You just have to see past the first wall! Check it out. Support Bay Music.

This is an oldie but goodie. FAB freestyling for 8mins over one of my first beat demos.

Email ThisBlogThis!Share to TwitterShare to FacebookShare to Pinterest
Labels: BAY AREA CULTURE, MY BEATS AND PLACEMENTS

I was really busy in the studio this month and I only started working on the catalog about last week. At one moment I had that dark moment in producing, where the beats were sounding like horror flicks. BUT, I quickly grew out of that after creating my Michael Jackson tribute. Check it out: listen. If you missed my post earlier about the tribute, hit me up cause I'm sending that beat out to everyone for FREE! I think everyone will appreciate this catalog, like always it has a lot of variety. A few samples, some West Coast flava, street shit, and even my own version of Jay-Z's "Death of Autotune". ENJOY! 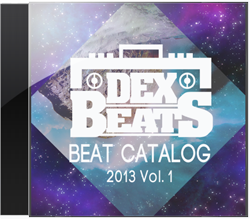 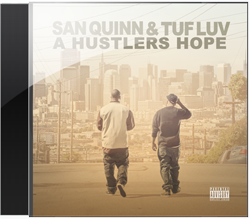 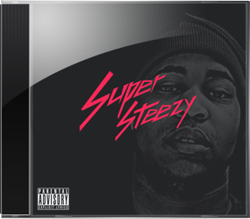 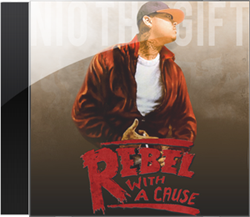 Nio Tha Gift "REBEL WITH A CAUSE"